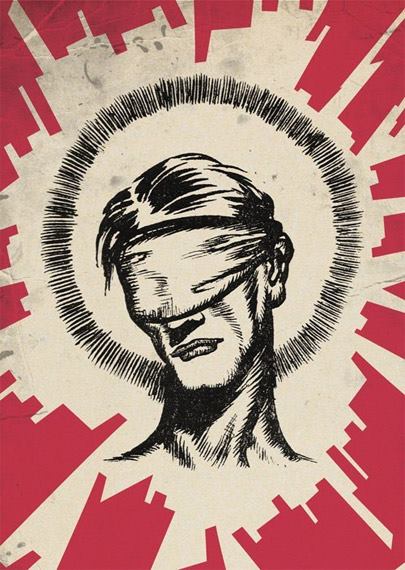 An Interview with Sean Johnston

Very lucky to have this interview with Sean Johnston (Hardway Brothers/Throne of Blood) on the Death By Repetition blog! Many thanks to the great chaps at the club night Lost and Found which is based at Snafu in Aberdeen for sharing the interview with us before Sean and Andrew Weatherall perform as ALFOS!!

So here are the questions :

Can you tell us about how you and Andrew first crossed paths?

We were introduced to each other by Jeff Barrett of Heavenly Records in about 1990, it was probably the least significant introduction that he made that year. At the time Jeff was “the Acid House conduit”, the link between the Indie scene and the burgeoning Acid House movement. Jeff had been New Order’s Press Officer and had also worked for Creation and was responsible for a lot significant hook-ups. In fact, thinking about it, Jeff Barrett is the unsung hero of recent cultural history.

When did the current idea for ALFOS begin to take shape and has it changed much since you started to take it on the road?

Andrew asked me to step in to drive him to a gig some time in 2009 and the only CD’s I had in the car were mixes I had made for my own listening purposes. They were slow and it struck a chord with Andrew. We talked about doing something for a while until The Drop became available, which was suitably sized and out of the way. The underlying ethos has remained the same in that the BPM limit has remained constant but when we first started I played the first 2 hours and Andrew the last. Back then I would start at 80bpm or less and played quite a lot more ambient stuff. Since we started playing back to back it’s become a bit more “direct”. Having said that, the sound evolves all the time but I think we both have a firm idea of what an ALFOS record actually is.

Where does your alias Hardway Bros come from and what inspires your output under the moniker?

The Hardway Bros is a given name. I was in Las Vegas with former musical partner Jake Davies, we were there rock climbing in the desert by day and playing craps in the casinos by night. We were jokingly christened the Hardway Brothers by a dealer at the Hilton after our enthusiasm for long-odds dice bets. My inspiration for Hardway Bros stuff – that’s tough, 25 years of record buying, living in London, travelling, my family, DJ’ing,
stuff I hear in taxis, music my friends in the bunker make, movies, it goes on…

Do you find Throne of Blood and Days of Being Wild to be similar in style? Both are excellently consistent record labels, what do you enjoy about working with them?

DOBW and TOB are similar in their resolutely forward looking attitude. I was asked to be involved with DOBW very early in the label’s history and it’s been great to see how it has developed into such an influential label.
As far as Throne of Blood goes, I had been a fan from the outset and deeply wanted to be on the label. I sent Shorty and A/B to James Friedman and fortunately he loved them. I enjoy working with James because he gives me complete freedom to do what I want’ he is super enthusiastic and get’s stuff done – you can’t really ask for more than that from your label.

How long have you been producing music and how has your work changed with technology, what ideas go into your production processes at the moment?

I started messing around in the studio in about 1990 and then more serious stuff through the 90’s. It was all hardware back then, Akai and EM samplers, a mix of analogue and digital synths (Pro 1, Memory Moog, SH101, JD800, MC202), hardware effects and a shit load of midi cables and recall sheets. These days I’m running Ableton on a Macbook Pro with a few pieces of choice analogue kit (Korg DW800 & Korg X911). As for ideas, I’m on a
constant mission to improve my technique, creatively, see the influences above…

Could you narrow the ALFOS sound down to certain influences or ideas? They don’t have to be musical…

In a word, no, it’s complicated!

What can we expect this Saturday from you both at Snafu?

Sean also revealed a track or 2 that he was currently into playing (they are belters!)