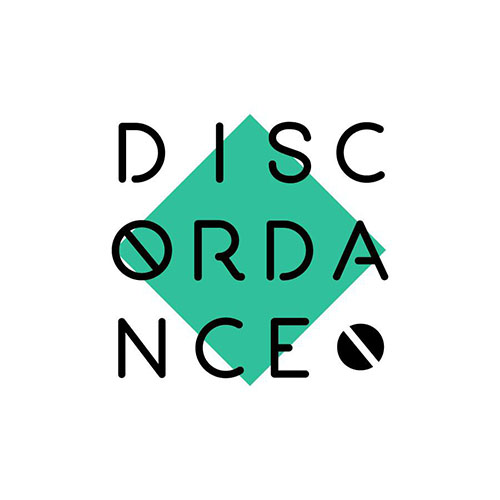 We recently featured Discordance new single “Tarantism” on Death By Repetition , they are Johny Giles and Gareth Sutton and they have agreed to an interview and guest mix for us on the eve of their first single release !!!

Here is the Guest Mix ENJOY!!!

Here is the Interview :

GS: Well I am from Wales originally but have travelled around quite a bit. I moved from Cardiff to England 4 years ago but I have been living in Brighton for 2 years. I love it here , there is just a different energy from anywhere else I’ve been.
JG: I originally come from Suffolk but apart from a few years in East London I have lived in Brighton for over 20 years.
How did you get into DJing, Producing and releasing on Nein Records ?

GS: I have been Djing since 2007 where I first started in bars playing Indie records. At the time I got really Electro clash, stuff like Justice and Soulwax – I found that as good at these tracks were, the energy on the dance floor would go if they were played end to end, so the owner of one of the bars taught me how to mix after hours, and it started from there. Production is very new to me- I have dabbled in it before but nothing too serious. Working with Johny has really taught me a lot. Neil form Nein has been great in supporting our music- we posted the song on Richard Norris’s Basement Filth page and he really liked it and offered to release it.

JG: I have been writing and producing for years in various guises- this project is a different dynamic for me working with someone who comes from the perspective of a DJ- I only tend to play vinyl out and it is usually pretty eclectic and more about the selection than beat-matching . We tend to jam out in my studio using various outboard synths and effects and then edit it down into a structure- the art is getting the balance right and not over editing in order to keep the natural flow of the initial idea.

What are your future plans- releases/gigs?

Well we have our first release “Tarantism” out today on Nein records. Then we have another track coming out of Id!r’s new label on a compilation showcasing some great new tracks from some Death By Repetition favourites. We are also doing a number of remixes for our members of the NEIN family such as Perdidio keys who did a great version of Tarantism this time round. The Two Murrachos have their first release in 2015 and we are going to be reworking one of their songs on that EP. Also we have our second release in May as well as a Full EP after the festival season. We are currently planning some DJ sets in London and we are working on a live set up incorporating synths and drum machines, dates to be announced soon..
Discuss some of your influences?

We first met when Erol Alkan played at Audio last year and we are loving the stuff Phantasy is putting out- we are big fans of Richard Norris, Days of being Wild, The Nein artists obviously as well as older Italo, Electroclash, Disco and 80s synth bands.

Tell us a little bit about your podcast and what we can expect to hear?

Well the mix has been compiled to give you a glimpse into what you will hear at our DJ sets no matter what time we are playing, so there are some great down tempo chug tracks as well as 3am acid monsters

We have a selection of synths and keyboards, mainly vintage, on which we try out various techniques from playing in live to triggering midi clips and altering the parameters. The editing is done on Ableton which is great for its capacity to jam out clips and manipulate audio. The mixing process is done using external plugins and some outboard gear and the mastering is organised by the label, which we are really happy with.
Tell us about some of your favourite tracks of all time?

Sleazy, passionate , hypnotic and atmospheric with really scary noises- all their tracks started off as 12″ versions and they work best in that format.

Number of Names- Shari Vari
First Techno Record Ever?? Not sure, but it certainly successfully crossed Post Punk and Proto-Techno into a massively influential dancefloor classic that still sounds fresh today.

Silver Screen for the Shower Scene – Felix the Housecat

Absolute belter- epitomises the best of the Electroclsh scene and brings back so many good memories.

This was a You Tube Comment “the sound is so annoying, sounds too hard and dirty.
Why do people prefer this than RAM? “

Reply: Because it is annoying hard and dirty

Caribo Your love will set you free- C2 remix