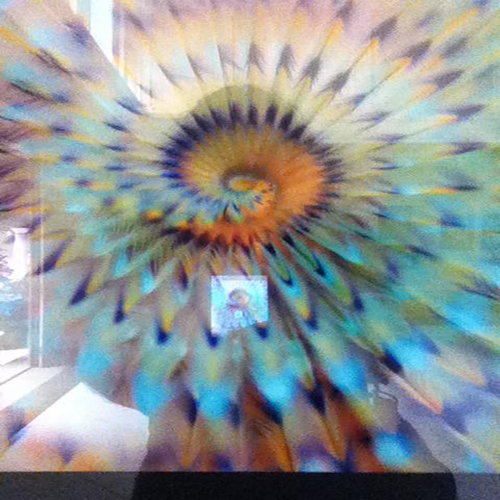 These guys have been featured on the blog quite a few times through their excellent label Emerald and Doreen and their equally amazing podcast series Something Spaecial !!

You can check the label out here :

Here is their biography :

The Robot Scientists (TRS) are vinyl-only DJs from Germany. TRS became known through myspace and soundcloud and are now respected worldwide for their sophisticated track selections and energetic live sets. Their sound is always hypnotic, psychedelic and synth-heavy, a spaced-out mix of NuDisco and Deep House with a touch of New Wave. They launched their own label “Emerald & Doreen” in 2012.

Stefan and Markus met again in 2008, after exactly twenty years. As Markus was studying and working all over Germany, they haven’t met after the end of their common school days. As teenagers, they played in the same basketball and football teams and DJed together at school disco evenings. They got heavily influenced by their DJ-godfather Ronald Springer who was the resident DJ at their local “Chic” discotheque in the 80s, having worked at the Studio 54 and at the BBC before. Back then, they invested every Deutschmark they had into the best italo disco records Ronald played on Saturdays: Mr.Flagio, Doctor’s Cat, Casco, B.W.H. and the like.

When Markus and Stefan met again, they knew that the disco revival had started, so they decided to start with The Robot Scientists. Markus had a radio show in Mannheim/Germany before, www.musique-elliptique.de, and his co-host, friend and TRS-guitarist Eric gave him the “I-Robots” compilation as a present, already in 2005. Both haven’t heard of CBS (Cybernetic Broadcasting System) yet, but they had their shelves full of 80s vinyl. As the classic italo vocal tracks were ok in the 80s, but sounded pretty cheesy in 2008, they started mixing mostly the instrumental b-sides on their now almost legendary “Musica da Batticuore” mixes. They found thousands of friends and supporters on myspace and readers of their blog “Mister Italo”. Until today, 17 Musica da Batticuore mixes have been made which have been downloaded more than 20.000 times until today.

When the NuDisco-scene emerged shortly after, they started hunting for the best new tracks and edits on vinyl. They created a new mixtape series, “Cosmic Beach Club” and “Spaced Out Disco”. TRS also produced several edits of obscure italo and space disco gems which they made available for free on their soundcloud page. Most successful ones so far were “Freak Connection Freaks in Space Edit” by Cerrone and “The look of love Synth Edit” by ABC.

When Black Leather Records asked them for a remix of a Greg Punkov track and David Caretta of International DJ Gigolos fame said he wants to release their first single on his label Space Factory, they teamed up with guitarist Eric and Ex-Vienna Scientist, drummer, song writer and producer Markus “Fred Scholl”. Together in the studio, they produced their “Space Love EP” with the two electro-space-wave-disco tracks “Star Dust” and “Earth Rock”, later also “Black Hole” and “Catch Fire” which they released on their own label Emerald & Doreen which they founded in 2012.

Spinning strictly vinyl, they played live sets at Stall 6 in Zurich, at Cosmicotherapy Party in Paris, the Introducing Festival in Berlin, at Vielspass in Rennes, as support for Giorgio Moroder in Luxembourg etc.