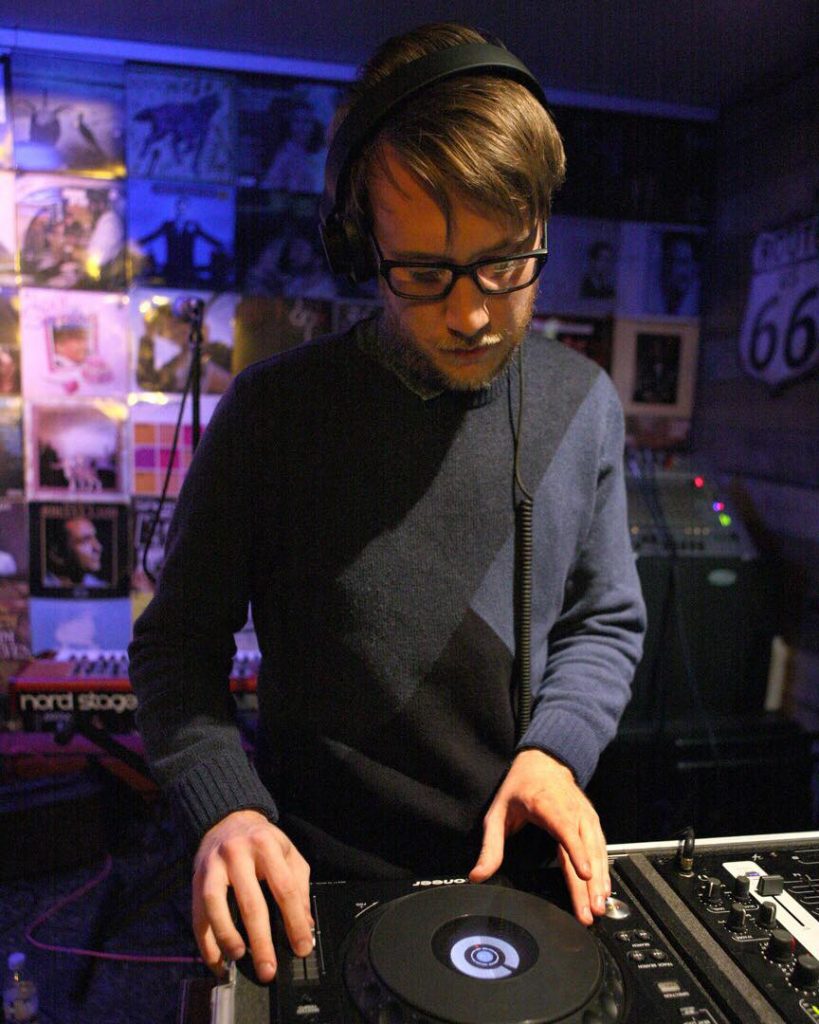 Guest Mix and Interview – From Beyond

Our next Guest Mix is FROM BEYOND!!

We are currently hosting his track “Protostar” which is an absolute belter of a tune and you can purchase the EP on Bandcamp:

The guest mix that he has provided is a smooth blend of Disco, House, Funky , Italo, Acid all chucked in and is perfect for the summer nights that we are experiencing right now!!

We also caught up with him for a chat

When did you first get into DJing / Production?

I started DJing in January of 2009 at the indie/alternative music night at the University of Essex.  Around that time I also saw Erol Alkan play at the uni and it made dance music make sense to me after years of being purely interested in guitars. Now I’m mostly all about synths.

I had been messing around with “production” since about the age of sixteen and had been fascinated with the recording process when I was playing in bands.  Soon after I started DJing, I also started pivoting to trying to make tunes that would work on dance floors, but didn’t really settle on a style for ages. Nearly ten years later, in 2017, I managed to put a package of demos together that I was actually happy with. The lovely lads at Paper Recordings picked them up straight away and released them the following year!  I’m now three EPs and several compilations deep with Paper and going strong!

I take a lot of influence from early 80’s synth-pop, synth disco and italo disco as well as certain corners of what gets called “nu-disco” nowadays such as, Metro Area, Faze Action and Chicken Lips (as well as everything else that Andy Meecham has done since).  Justin Robertson, Soulwax, Ewan Pearson, Andrew Weatherall and the like are also constant reference points for me.

What DJ equipment do you use?

Whatever is available.  At home, though I have two CDJ-350s, a Citronic turntable and an Ecler Nuo 3 mixer.  The mixer is definitely the strongest element of the setup.  It’s got a really nice, clean, analogue signal path and a slightly unusual EQ.  The Citronic I’ve had for years, works fine and cosmetically looks like a 1210.

I’m mostly using a few bits of hardware plus guitar and bass when needed.  Predominately, it’s an MPC1000, Korg MS-20 mini and Moog Mother 32 connected to some extra Eurorack modules.  I’ve also borrowed a Korg Minilogue XD which I really like and I recently also got the TB-3 so I can do convincing acid bass lines on the cheap.  All of that is being recorded into a combination of Reaper and Pro Tools on the DAW side of things.

I’ve played in a lot of horrible bars and uncool venues with broken equipment or monitoring that’s so tinny that you can’t hear anything.

However, I’ve opened at the Concord 2 in Brighton a couple of times with good friend and collaborator, Gareth Evans (who previously made music under the guise of Discordance).  It’s a proper venue with good fold back and sound engineers.  When we opened for Joe Goddard there a couple of years ago everything just fell into place and it was brilliant.

Do you have an approach for making remixes?

I love doing remixes and I have a quite specific approach to them involving a lot of arbitrary rules.  I feel like a remix should in some way still be recognisable as the original but for a different kind of dancefloor.  It’s a balancing act for me between keeping the elements that capture the feel of the original but changing it enough to warrant the remix existing and not trending on the original’s toes.  If the original is a big, banging peak time, I don’t really see the point in trying to make a bigger, more banging, more peak time remix, for instance. I also like to think of it almost like a collaboration between me and the artist. Like I’m sort of inserting me and my musical sensibilities into the track.  I did a remix of Carolain Luf for Nein Records last year which is a good example of all this.  I ended up remixing her tune which was quite dark and chuggy into something much brighter and quite Italo, hopefully making it work for a different sort of crowd than the original.

Some gigs would have been lovely this year, but alas.  In typical “just my luck” style I’ve got four EPs scheduled for release this year. My first EP of the year, “Body Resonance” came out on Golden Soul at the start of May.  Planetary Groove has just come out on Paper.  I’ve also got an release scheduled for later this summer on Nein Records as well as a collaborative EP of secretive disco edits with my good friend Edgar Blanco due at some point on Discotheque Credits.

This mix was recorded on a sunny Friday afternoon in East London.  It follows what I might do if I were to warm up some sort of social distancing compliant, open air event (including the odd slightly clanged mix).  The tunes are generally light and breezy and work well when combined with a cold beverage (I think we’ve all had enough of the dark stuff for the moment).  Lots of spacey, electronic, synth disco, “nu-disco”, Italo and some “scandilearic”, mostly meandering around the lower tempos before achieving some exit velocity right at the end.

Give us a few tracks that you are currently into:

Dicky Trisco & Pete Herbert – Happy State – Two of my long time favourite disco producers.  This is off a recent collection of edits they put up on Bandcamp

Kalson feat. H! – Acid Brazil (Rune Lindbaek mix) – From the Gouranga label which is putting out a lot of great stuff.  There’s always a Norwegian presence in everything I do as well.

Pollyester – Voices (Pional remix) – From the Permanent Vacation compilation that just came out to fundraise for refugees.  Sometimes with charity compilations it feels like everyone has just slung in their rejected tracks but there’s loads of amazing stuff on this one.

Remote – Alcyone – This is the finishing track.  Originally released on Matt Walsh’s Clouded Vision label which I still rate as probably one of the best dance music labels of the modern age.

Tune to start a set?

Talking Heads – Once in a Lifetime (Joey Negro edit)