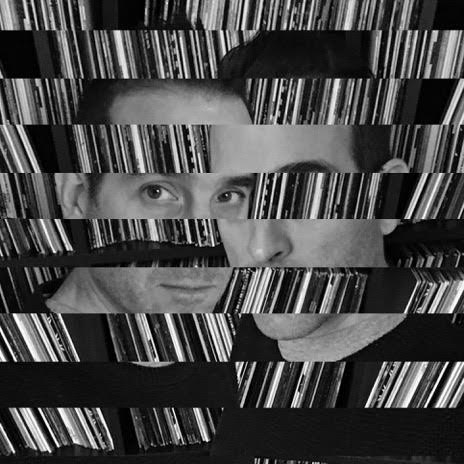 So our next guest mix is from one of our own GK Machine who is a stalwart of the Glasgow scene !!! TURN IT UP LOUD !!

Here is a playlist of his releases/tracks:

DJ, label manager, graphic designer and general dandy-about-town, GK Machine has been enthusiastically pursuing his numerous artistic ventures along the fringes of obscurity for the best part of two and a half decades. He’s been DJing in clubs, bars, house parties, illegal raves, boat parties and beaches since before he could drive with sets so frequently varied you never know quite what to expect.

Early influences came from listening to bands like the Cramps, Nick Cave, Scraping Foetus Off The Wheel and Butthole Surfers, taking a turn towards industrial sounds in the late ‘80s before heading into EBM/new beat territory and then suddenly landing solidly on the electronic side of things much like everyone else and his daughter come the advent of ecstasy and the rave wave that swept through the underground bars and clubs of the nation in the early ’90s. The old records were sold and everything bought from that point on was the far more “positive” acid, rave and techno that was coming out of Holland, Belgium, Italy and Germany at the time……..or so he thought.

Shortly after this epiphany came the desire to DJ, with influences coming from going to places like Pure in Edinburgh and Volcano and Industria in Glasgow. His first regular residency was at The Art School’s Open nights which drew in crowds from all over the UK by the busload. Thereafter residencies ensued at Alaska, Reds, The Voodoo Rooms……two of these with Optimo’s Twitch (Ultima and Go Bang!).

These days his set depends on what time of day or night it is, what bar, club or festival it is, what day of the week it is and what his or the mood of those around him is. Anything and everything could be thrown at the crowd including funk, dub reggae, Javanese gamelan, Tuvan throat singing, Gothic dungeon acid, uplifting afro-rock and yes, of course 4×4 house or industrial techno. From chilled, textural, laidback film soundtracks and ambient excursions on one hand, to middle-of-night peak time shenanigans in darkest clubland where everyone’s marching head won, turbo charged into psychic overload mode, Mr. Machine excels at it all.

Since 2015 he’s ran Invisible Inc records which specialises in leftfield electronica and psychedelic wonk, catering for aficionados of something a little more cosmic. With releases by Peter Power, Secret Circuit, Gazeebo, Apiento and Sordid Sound System on his label’s credits it’s no surprise he’s received support from the likes of Andrew Weatherall, Optimo, Ivan Smagghe, Prins Thomas, Sascha Funke and many more.

GK himself has produced solo or collaboratively under the aliases The Poncho Brothers, Strange Culture, Komodo Kolektif, Delta Girls, The Immaculate Rivombo and others.

With DJ gigs all over the UK lined up and mixes being requested on a regular basis, Mr. Machine has multitudes of projects in the pipeline including solo releases, remixes, plus as a follow-up Komodo Kolektif release which again is a collaborate effort involving several other musicians and multi-instrumentalists (including Jon Keliehor of ‘60s garage psych outfit The Daily Flash and Graeme Miler of Cracks In The Concrete) that are already getting top marks from several respected DJs and critics.