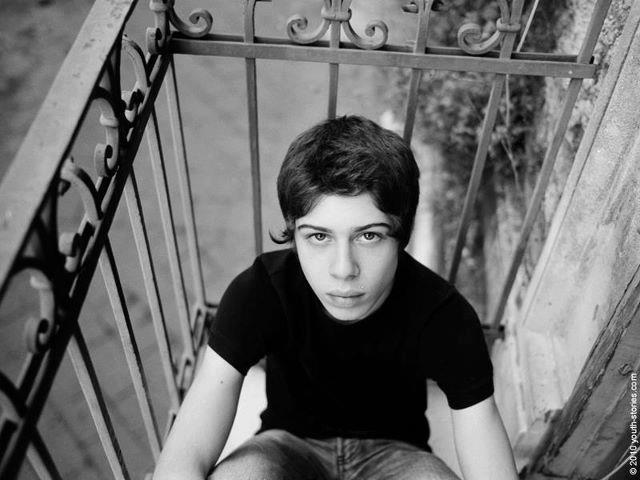 Guest mix 27 comes from Italian based producer and DJ Gianluca Catra who takes things down a more Techno and House direction which is perfect for Friday the 13th to get you in the mood for the weekend!!! Having had releases on Pacha Records , Kolour Recordings and track support from the likes Marco Carola and Richie Hawtin 2015 sounds like it could be an exciting year for Gianluca so we are delighted he has recorded a mix for us !

Gianluca has also agreed to do an interview for us which you can read here:

Tell us a little bit about yourself ?

Out of the club and work I’m a simple guy and humble I like to spend the evening with friends or in studio to complete new track, I do not like being treated as VIP.

Something that represents me, it was nice to record this mix for you I hope to do another for friends of Death By Repetition

Any advice to give to aspiring DJs?

I say never give up and discover and learn new things.

Had 12 / 13 years when for the first time I started playing with two turntables and from there I really understand my passion for music, as regards produce I was full days in front Ableton, Following many guides and reading many books on how to do better.

During these years I have listened to many deejay and among the many I was impressed From Tom Clark, Marek Hemman And Jeff Mills.

The first time I heard Tom Clark dates back to 2009 in a festival in my town Catania where in the same evening also performed by Mathias Kaden, Click Box And Mr. Statik. Tom, also heard recently in another location with a nice set.

Hemman, first heard in the same year 2009 in another festival in my Town and other performances by Sammy Dee, Shaun Reeves, Seth Throxler, Dj Wild .. And More. Hemman, the most beautiful set.

Jeff Mills, definitely a pioneer of techno, heard many times but I was surprised really in a party where I went on Milan where he played for four hours below, I really enjoyed it.

Everywhere I have played has been an experience but if I have to choose surely the Bora Bora in Ibiza in 2012 a magical atmosphere them And Pacha Mallorca in the same year for italian night And Miami in Milan a nice place located in the central area.

I really like Nic Fanciulli, George FitzGerald And Wehbba!

Name 3 of your favourite tracks

Many future projects, I will tell you the next interview.