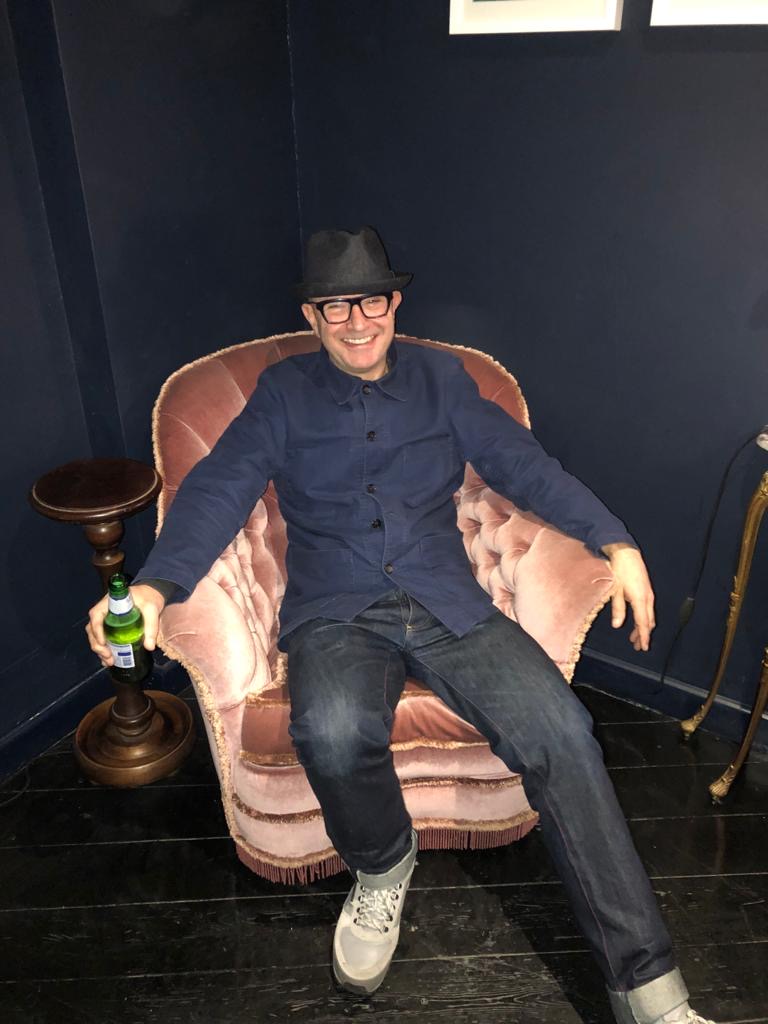 We have something special for you this morning!!

Following on from our PREMIERE of Massey vs Sir Horatio’s release on Sprechen “Music Control” we have a Guest Mix and Interview from Martin Moscrop (A Certain Ratio)!!

The mix features some fantastic tracks that the late Tony Allen played on and some that he inspired! We had actually received the mix before the tragic news but this mix is a fitting tribute!

Martin’s description of the mix:
“Although some of these tunes would be considered Afrobeat it is actually a very eclectic mix of styles but the underlying influence is Afro. When I DJ I like to play a substantial section with an Afro influence which always gets everyone moving.”

TURN THIS UP LOUD!!

We also caught up with Martin for a chat:

So Martin tell us a little about yourself ?

I have played guitar, drums, percussion, trumpet, and almost anything I can get my hands on with A Certain Ratio since 1978. I have also been DJing since 1992 and play out with Jez our bass player, singer and all rounder under the name ACR Soundsystem

How did the name A Certain Ratio come about?

It is taking from a Brian Eno song called The True Wheel off Taking Tiger Mountain by Strategy. We really loved that album which was a huge influence on our early sound, especially that song.

“Shack Up” and “Knife Slits Water” to me were really great tunes they used to get played in Glasgow at a few club nights that I used to go to ( Optimo and Death Disco) what are your favourite ACR tracks?

My favourite ACR tunes would have to be Spirit Dance from ACR:MCR and Forced Laugh from the album To Each.  Spirit Dance  has an Electro rhythm with African vocals and is typical of the hybrid world style ACR are good at.  Forced Laugh was written in 1979 but when we play it now it sounds like the future and no other music out there.  It is Jazz without trying to be Jazz.

The style of ACR had a very punky sound mixed in with a funky/disco groove what were your main influences when you were at the start?

At the very start it was The Velvet Underground, Brian Eno, Kraftwerk, Wire and then we started listening to James Brown, Parliament, Funkadelic then we moved onto Jazz, Miles Davies, John Coltrane, Hermeto Airto Moreira, Azymuth then onto Jazz Funk…. The list is endless.  We used to go to a night in the early 80’s at Legend in Manchester where Colin Curtis and Greg Wilson DJ’d. Colin used to play Jazz, Latin and Jazz Funk and Greg played Electro and Jazz Funk. That was a big influence on us.

So you are releasing a collaboration with Chris  Massey on Sprechen how did this come about?

I’ve known Chris for a while now and he asked me to DJ at one of the venues he services.  He asked me if ACR needed anything remixing so I said why don’t you have a go at a track we had just finished called Dirty Boy.  The remix turned our really good and got some good attention on 6 Music and in clubland.

Chris then came up with the idea of a collaboration and he got the basis of the track together and we added percussion, bass, guitar, vocals, vocoder effects and some keys and gave it back to Chris to mix down.

That is the final result you hear and we have developed a really good creative relationship with Chris.  Our friends Sink Ya Teeth, who have been gigging with us quite a lot, and See Thru Hands did remixes and it has turned out to be a really good EP. We have not released anything as Sir Horatio since 1982 when we did a 12” for a Dub label called 666.

Do you have a home studio setup? If so what equipment do you use?

I do have a home studio set up and I have been making a lot of good use out of it over the last few weeks.  I run Logic with Arturia and Roland Cloud soft synths.  I have a lot of hardware including a Midas console, Adam Monitors, loads of compressors, outboard effects and microphones.

I grew up listening and loving your music (and the vast majority of bands that were on Factory)  is there any other bands on the label that you were into?

52nd street were one of my favourites and I also used to play drums with The Swamp Children who became Kalima so I obviously like them.  Factory didn’t really release the type of music I listened to and it wasn’t until Rob Gretton, New Orders manager, started his label, Rob’s Records, that I really connected with the labels music that we were on. ACR were on Rob’s after we left A&M in 1990.  I produced and remixed quite a lot off stuff for Rob in ACR’s studio The Soundstation until Rob sadly passed away in 1999.

Me and Jez DJ at Yes in Manchester which is a great place to play.  With ACR I would say anywhere Tokyo  because the audiences are so appreciative. The We Out Here festival was also really good last year and I can’t wait for that to happen again which will more than likely be 2021 in the current situation.  Me and Jez were asked to DJ there this year so hopefully they we ask us next year.

Are there any new bands/producers that you are into at the moment?

I really like the two 12”s by Sworn Virgins which is an offshoot of Paranoid London. There is some good jazz coming out of London at the moment: Nubya Garcia, The Comet is Coming and Floating Points from Manchester.

The stuff that Manchester labels like Paper Recordings and Sprechen are releasing is also up there with what is happening in the alternative dance music scene.