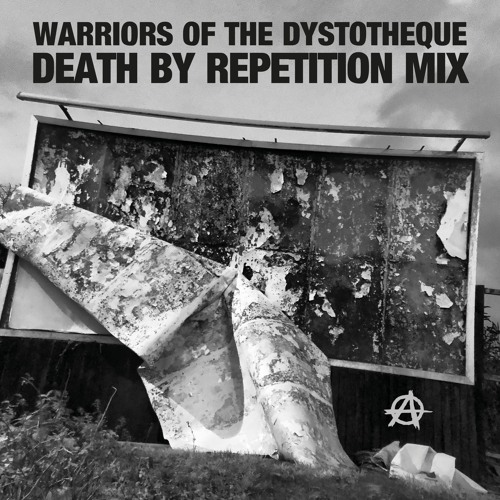 Guest Mix – Warriors Of The Dystotheque

So our next guest mix comes from Warriors Of The Dystotheque!

Been loving their Excursions radio show on Cowbell Radio for a while now so its great to have a mix from them!!

A little bit about them:

Warriors of the Dystotheque is the brain child of Jonny Mac from Ireland, who as last 20 years DJ’d across the globe alongside Phil Hartnoll form Orbital and Leeroy from the Prodigy for several of those years, He also survived 2 tours with Shaun Ryder & Bez from The Happy Mondays,

Numerous festival appearances at V Festival after winning the XFM DJ competition in 2000 and many others across the world, not to mention several residencies in Ibiza playing Sunset & then after dark laying down Nu School Breaks as well as promoting several club nights and warehouse parties across Coventry, Leicester and The Sanctuary in Birmingham with all the top Breaks, Techno, Turntabilist’s & D&B DJ’s for the best part of a decade before relocating back home to Ireland and shelving Jonny Mac and DJ’ing in 2011.

After taking time out for a few years he started his new project Warriors of the Dystotheque in 2015 and they’ve had major support across BBC 6 Music, BBC R1, RTE 2, BBC Foyle, BBC Ulster & even KEXP in the USA getting in on the act, 7 EP’s and an album later with remixes from Justin Robertson, Richard March (BRA) Tronik Youth and many others, collaborations & remixes for Graham Crabb (Pop Will Eat Itself), James Atkin (EMF) & more they are again about to make some noise with the new EP Thou Shalt Not Follow which comes with a rather tasty Acid remix from Tici Taci’s Duncan Gray.

The EP is a direct response to the Idea that Brexit, the Tories & Trump being in Power is a good idea.

With WotD being a unique set up this is something thats had a major impact on the band members as they are made up of Mike & Nick in New York (USA), Sean who spends his time between Coventry (UK) & Toulon (France) & Jonny in Derry on the Irish border.

With several DJ festival appearances over the last few years and a tour of Thailand last April he’s getting back into the DJ scene and taking WotD onto the dance floors and has easily picked up where he left it in 2011.

Thou Shalt Not Follow is released on the 20th March across the usual platforms with Bandcamp being live for pre orders from now.

Curses – Back For More

Warriors of the Dystotheque – Thou Shalt Not Follow – Duncan Gray Remix

Warriors of the Dystotheque – Bring Down The Party

Soundcloud playlist of all their shows and tracks: