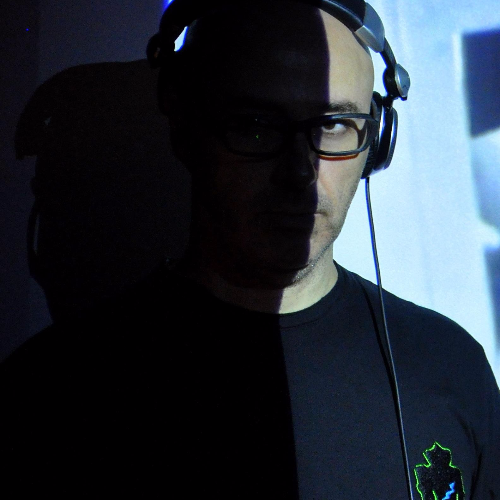 Very very excited to have I-Robots on our blog for a guest mix and interview !!!

Here is the mix TURN IT UP LOUD!!

Here is the interview:

Tell us a little bit about yourself ?

How did the name I-Robots come about?

I-Robots is short for Italian Robots. Since I was a teenager i have loved Robots/Space Anime & Manga and i still collect Japanese Chogokin from Popy, Bullmark & Nakajima brands but also vintage objects like led calculators, Polaroid cameras, Radios, Hi-Fi gadgets, records of course but also Lamps and orange stuff….
I decided to use this name initially in 2002 as the title of the demo of my “Italo Electro Disco Underground Classics” compilation that was released by Irma Records two years after in 2004.
My fantasy was that the early 80s electronic equipment, like drum machines, synths and computer were the robots that would serve humans/artists to make futuristic robotic music.
So it made sense to put together all my youth history and background in the artists name I-ROBOTS.

Any advice to give to aspiring DJs and bands?

One of the big problems we have these days in the music scene and market is that not everybody has a rich background and not are not even trying to develop it… also not everybody is open minded or has the same sensibility…
I can only suggest to never forget our musical roots and to express ourselves with an awareness of the rich musical background we come from.
Never ignore where we all come from…. 60s, 70s, 80s, 90s gave us an immense sound culture from which to find inspiration.
We all could have a great ideas without being rich, heroes or stars so be open minded and believe in yourself.

I’m not a musician and I’m not an studio engineer. I am just a D.J. with a large background also as a record collector so this is what is giving me the chance to collaborate actually with 3 different teams in 3 different studios with special friends and talents that are able and patient enough to follow my ideas and directions.
All projects started by my ideas and I’m essential in the major production moments like the sound choices, the editing ,the mix and to add special samples… I have to thanks all of them for understanding me and making everything happen.

We work across 3 studios and it depend on the projects we are working on.

I also reworked all of these tracks as I-Robots this is why were listed here:
90s
S’Express – Funky Killer – Rhythm King Records
Rhythim Is Rhythim/Derrick May – Emanon – Transmat
Infiniti – Game One – Metroplex

Talk about some more influences:

I started to be interested in the Dance Music in the early 80s following Synth Pop & Italo Disco but a few years after I discovered the Afro-Funky-Disco-Cosmic scene that was strong in Turin; from the mid 80s i was much focused in the second “golden age” of Hip-Hop (Rap & Electro Boogie) and Rare Grooves (Soul-Funk & Jazz-Funk, Latin, Bossa, Library Music) together with the Chicago Acid/Jackin’ House & early Detroit Techno. During the 90s Acid Jazz and after the Drum’n’Bass scenes opened the doors to me to start again with global Techno and House… I grew up with all these roots so this is why i prefer to have an eclectic set and to keep my label and my productions with the same vision…

Name 5 of your favourite tracks:

It will be an important season for I-Robots & Opilec Music.
I will be seriously busy in the studio to finalise several projects.
The label will still show it’s eclectic vision supporting also young talents and as always keeping an eye open to the past to relaunch some rare gems to rework.

Here a little list of the I-Robots planned much relevant releases:

Tell us a little bit about the mix you have recorded for us ?

It is an eclectic journey through Up Tempo Disco/Nu-Disco with a housey concept.