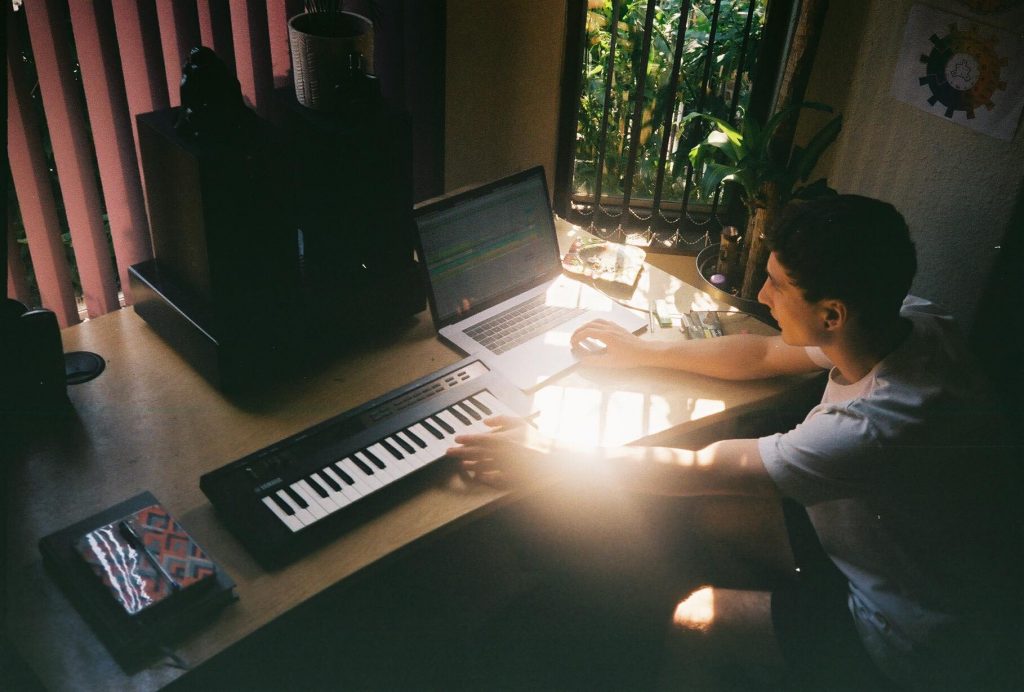 We are delighted to have Indigo Jung in for a MIX AND INTERVIEW! We recently hosted his track “Aldi” which is part of the “Mean World” EP which has been released on Sprechen this month!

He also got some cracking artwork done for the mix which you can appreciate while having the mix on full blast! TURN IT UP LOUD!

Here’s what he had to say for himself

When did you first get into Djing / Production?

I’ve always DJed in pubs since I was 16 over Newcastle – just little local DJ hire events. But used to be funny, theres a lot of scally MC wanna-be’s in Newcastle so in pubs and community halls you’d always get punters trying to MC over the music or butcher karaoke.

It was only since I moved to Manchester I started playing more house and techno based gigs. I actually came back to Newcastle from Manny when I was 18 and attempted to play all the weird, trippy soul/ disco I had collected in Manny – i didn’t paid and got axed from the DJ hire company i’d always worked with – lol.

I make loads of different types of stuff – for house and dance music Session Victim were a duo that got me into techno properly cause i’d never heard electronic music done so organically.

I make a lot of hip hop and indie stuff too and a lot of that is from producers in Young Money, Grand Puba or old Kanye – they just do really simple sampling but elegantly or just experime.

I’m half Turkish and half Geordie so I have a lot of love for world music as well as loads of Northern Soul stuff.

Not much, just a DX7 Reface for synths bass lines, U-he Diva, and just sample catalogs that are like rips from live drum kits or drum machines I use the studios at SEM in Salford, it’s a great space for new artists.

Manchester Antwerp Mansion was fantastic in 2018 but has been shut for a while and my residency at Mint lounge in NQ is always loads of fun.

Yeah hopefully some stuff will open back up end of the year and can start DJing again, I have a trip to Berlin planned for September-  Hopefully will be helping out my good friend Dan (Days like television) with setting up his thing in the noise rock scene over there.

Apart from that, i’m doing a lot of work with Manchester rappers and producers such as Sam Nizzle, Salah and Drowzee as well as showcasing my productions and projects by various artists over on Overrhythm.uk.

I also have a release of THE GOD EP with Fresh Takes Records end of July this month too.

I hope you enjoy it, it’s the end of lockdown mix! Running through some recovery music as a bit of mid summer tonic to all the chaos. It’s a mix of jazz, dubstep and house just so there’s something in there for everyone.

The mix was recorded from my balcony in Whalley Range, Manchester – the polish neighbours next door and my green-thumbed housemate both gave it a good review from the garden!

I really like as a peak time banger – (or maybe more of a post peak banger) Reset by Javier Ferreira – its a little repetitive but the crazy electronic percussion keeps it interesting – i played it at a basement party with DJ Aytron Hood and wow man it popped off. Keep it nice and chilled with a bit of vibe !

Tune to start a set ?

I dunno you know it just depends! Me and my good friend/DJ Desoda always regret not ending the Antwerp Mansion’s closing night with a good disco track like Love Sensation by Loleatta Holloway – should always leave it on a high note!

The Mean World EP is available on Sprechen’s Bandcamp NOW!