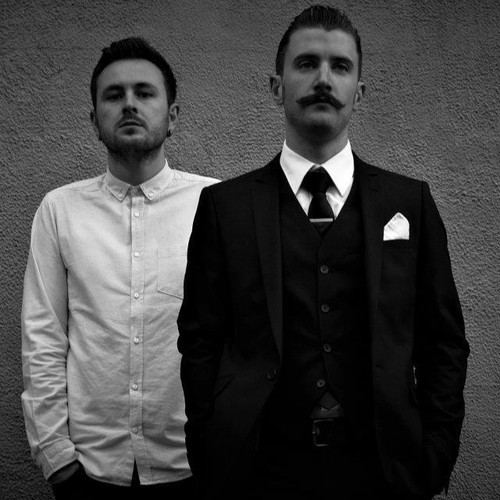 Eskimo Twins are one of my favourite acts around at the moment . I first got into their music just over a year ago and since then they have gone from strength to strength with releases on labels such as Astrolab Recordings, Days of Being Wild, Clouded Vision and I’m A Cliche as well as releasing lots of cracking DJ sets on Soundcloud.

Tim and Nathan also kindly agreed to do an interview for the blog and here it is :

I’m from Lincoln and Nathan’s from Bingley. We both live in London these days but met an uni in Leeds where we lived for a good while. (Tim)

How did you guys meet?

We met at uni in Leeds and became close friends from going clubbing and going to gigs together. We started making music together a couple of years after graduating when other musical projects we were working on came to an end. (Nathan)

How did you get into DJing, Producing , working with labels like I’m a Clouded Vision and Astrolab etc?

Well, we’ve been producing for years, since school really and it’s what we both studied at uni. Though in those days we were mainly recording bands – there was some electronic instrumentation involved, but it wasn’t really ‘club’ music. That gave us a good knowledge base for what we do now though. We both decided around the same time that we wanted to make something a little more club focussed so it seemed natural to start working together.

Once we’d done a couple of EP’s we thought we better get and out and start playing live. We did a full on live set to start with as neither of really knew how to DJ, but we knew what we were doing putting a band together. It was a pretty ambitious rig for a band that hadn’t even had a record out yet! It was essentially the entire studio transplanted to the stage – we gave it up after a while as it was just too much effort for very little reward. It got us noticed by Wax:On though who invited us to be residents and we basically had to learn to DJ overnight.  We’re forever indebted to Dan at Wax:On for pushing us in that direction and challenging us, we owe a lot to him. Our first ever proper DJ set was in a packed warehouse to around 1000 people – we were shitting ourselves.

With Clouded Vision, we’ve played with Matt Walsh quite a few times over the years and he did a remix for our third EP. We’re big fans of Matt and the label too so it seemed like the right thing to do put a record out with him. With Astro Lab, again, we were fans of the label so just approached the owner, Lau, with some tracks. (Tim)

It varies but our go to synths are the Moog Little Phatty, Juno 6, Yamaha CS5, 303, and Novation Super Bass Station. Drums are from various drum machines and samples we’ve collected over the years, sometimes with live recordings added. Software wise, it’s Logic and Abelton alongside lots of plugs. Each track or remix starts differently really, from a synth line to a drum pattern or groove. Sometimes we write chord progressions or melodies first, it just depends on the first bit of inspiration we have. (Nathan)

2.       The Beatles – You Can’t Do That: This has long been my favourite Beatles song, unbelievably catchy. (Tim)

5. Throbbing Gristle – Hot On The Heels Of Love: The masters of industrial show their disco side (Nathan).

Tell us about 5 tracks that you currently play out?