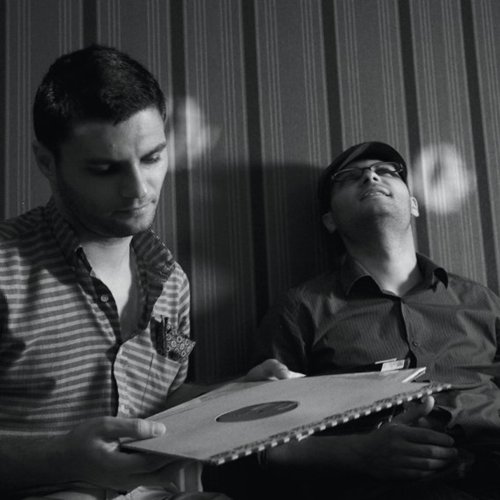 You may remember a little while ago we covered Gemini Brothers fantastic remix of “Freaky Nights” ? This week they have also recorded a great guest mix for the blog and have also kindly sent over answers to our interview questions which you can read right now !!

We were born in Constanta ([konˈstant͡sa]), a Romanian sea-side city, but 10 years ago we moved in Bucharest (/ˈbuːkərɛst/; Romanian: București, pronounced [bukuˈreʃtʲ]. We never felt sorry about this moving, it was an important step for our selves and our careers, the only thing we’re missing are the sailing championships, sport that we’ve practiced around12-13 years.

Hmmm…we are twins, really twins! And in Romanian language twins is translated like ‘gemeni’ and from here the name Gemini! Brothers? We are twins, brothers, best friends who argue sometime but best friends! Is not a long story, is just the truth! We are Gemini Brothers!

How did the two of you meet?

35 years ago in our mom’s belly! Probably playing some poker cards in that period! Never knew who won, probably the first who ran out!

The story about DJing is quite long but the short version is like that: seen and heard some Mayday and Loveparade festivals on German music TV; attracted by turntables, records, mixers, clubbing; watching out for some Romanian techno scene; been at their festivals then ordered records and start playing 13 years ago in one of the best underground place in Bucharest called Web Club (owned by a Greek mate, unfortunately club closed some years ago). Since then love playing spinning playing spinning….!

About production…hmmm, this is a tough question and it’s a combination between gathered frustration and music passion! Don’t ask about frustrations, I believe everybody has it when they are at the beginning of the road, some quit after some time because of them, some continue with more and more ambition! We’ve started few years ago by producing groovy funk remixes and original tracks, releasing some records, etc., but in time we believe we’ve started to get different influences, more experience, new visions about our sounds. Now we’ve started to have more and more requests for remixing tracks, our works are playing by DJs around and releases are out of stock. Is a really great feeling, but there is a long way to where our dreams will become reality! So, until then, work work and hard work!

About tours is not too much to say about, focusing a lot on production lately but we had a great and full period this autumn/winter. We’ll have some travels to make this summer in Croatia, Serbia, Montenegro where we’ve already played few times before, hope to return in London and Amsterdam this year, but hey, let’s make everything step by step, so now production first!

New releases? We are heavily working now on a new release, quite different from what we did until now, as we said before, new influences, new equipments in the studio, new visions about our sounds! New things are coming up in the next months as remixes we did for Tronik Youth and his new release on his own label Nein Records, a new remix was ready some time ago and will be launched soon on Startalk International (Bozzwell label) for Dimitri Veimar! Now have to finish really soon a remix for a great disco pop band from Holland called Shindu and will be out on Silhouette Music Records.

We’re listening a lot of music so a chart is so hard to make, but will try to be incisive:

One of the most influenced tracks for us ever! MASTERPIECE!

The track who really changed our view about acid! Still love it to listen and even play from the original record album Wink: 20 to 20!

Remind us about those days when electronic music was made with heart and soul! Always return to the basics with this classic!

– Cinematic Orchestra – All things to all men ft. Roots Manuva

One of the best non-hits from a legend living voice and a fantastic band! Love to listen this track when we are exhausted with too much electronics in our brains!

Tell us about 5 tracks that you currently play out ?

Depends where and to who we’re playing but here are some bombs!

– Decadance vs. Italoconnection – On and On (Flemming Dalum Remix)

and never miss this one 🙂

Favourite venues to play in the world?

Really would love to play in London again, the’re so many places where you can play whatever you want and people are really connoisseur about sounds, music. As well Amsterdam is a target with their Trouw, heard so many things about Madrid and their Sport Club, Paris is another target with their legendary Rex Club or La Dame Noir, love to play at Leftorium, Fuse, Robert Johnson, Panorama Bar in Berlin, Smala, there are so many!

Discuss some of your influences?

There are so many artists who influence our sounds and to make a list would be such a shame to forget someone, but in top is Sir Andrew Weatherall and his amazing remixes and sets. Lately love more and more the guys from Pachanga Boys and their trippy sounds, Ewan Pearson or Ivan Smagghe vs Chloe. As well trying to follow some label music lines and Phantasy, Correspondant, I’m a Cliche, Clouded Vision, Astrolab or Days of Being Wild or Comeme, to name a really few names, are labels who makes our direction!

How do you guys produce music is it software etc?

Most of our new tracks are made like 90% analogic, we’ve invested lately in new studio equipment, analog synths, still dying after buying more and more, unfortunately for our families is like a drug, nothing gets a phatter sound than a new synth! We collaborate a lot with bass – keyboard players and musicians! As software we’re using Ableton but less and less for making music in, more for arrangement! Really thinking to leave it for Logic but time is a really heavy enemy for us to start something from scratch and learn it from zero as it should be!

How did you get working with exciting labels such as NANG and other labels that you have worked with ?

Everything is connected we believe and today’s music business is about good music and connections! We never thinking about getting to a label, and that one only! With NANG was quite easy because we already worked with the same managers who run Bear Funk Records for another remix we did for The Beat Broker:

and with the other labels we did and do the normal way, sending the tracks directly to their A&R email or contact! Never tried to force things, just push the limits with music!!!