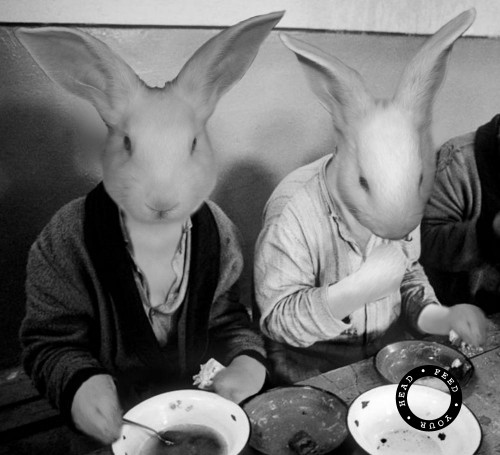 The Hutchinson Brothers are Miles, Scott and Grant Hutchinson who run a radio show called Feed Your Head on Kane FM ,which is aired on alternate Sundays between 11am and 1pm. These guys create fantastic mixes that fans of music on this blog will love !Listen in when you get a chance and have a notebook handy to write down the tunes that they play !!We featured one of their guest mixes by The Eskimo Twins a while back which I still play quite regularly !

I came across their music through one of my friends Dean McLaughlan who has an exceptional taste in music !If you get the chance you should follow him on Soundcloud and send material his way to listen to as he will now be contributing articles to the blog as well ! This interview is his debut article , so here we go …

How did you get into DJing and broadcasting?

We’ve always been into music since really early age, we were lucky enough to be kids when underground music styles really evolved like electro, hip hop, acid house..Regular buyers of new music at early age naturally lead to being asked to play atparties for friends etc, which combined with attending some rather dubious clubs,parties and a couple of trips to Ibiza in the late 80’s progressed to taking DJing a bit more seriously.. Big moment came in form of residency at The WOK Club in Guildford, it was one of those nights, anything goes attitude, was really of the moment, you had to be there type of thing..

Naturally other bookings at bigger clubs and working with other promoters followed over the years.. However we recently slowed down the DJ’ing and focus on the radio show now.. Radio format gives much more freedom and a platform to play whatever we like..

When’s the radio show on?

Feed Your Head with The Hutchinson Brothers is the show; It’s on alternate Sundays between 11am to 1pm 103.7FM in Surrey or www.kanefm.com

How did the radio station begin?

Kane FM has organically evolved from being a pirate radio station to its present legal status of a not-for-profit Community Radio Station based in Guildford and broadcasting the surrounding area via 103.7FM and through the Internet. Kane is only the third pirate station in the UK to gain legal status through OFCOM. Our defining moment was meeting the station owners late 2012 and then agreeing to put the show together which started April 2013..

What sort of music should people expect?

The show is a bit of a mixed bag, usually starts out with slower, chuggy electronic sounds and normally ending up two hours later somewhere near the 120bpm levels.. but depends on the music released that week or the mood that takes us..

What’s the set up?

The show is live mix format; broken into two halves. Usually rotate the shows between the three of us and every other month have a guest mix. The last few mixes we’ve aired were from Justin Robertson, Eskimo Twins and Timothy J Fairplay. Also have mixes from Lau Pastor (Astro Lab Recordings), Geoffrey Mugwump and Craig Bratley coming soon..

What currently is floating your boat, song, DJ and label wise?

Enjoying slower and slower sounds.. Danton Eeprom is doing it at the moment.. ALFOS goes from strength to strength, labels like La Dame Noir, My Favourite Robot, Clouded Vision, MOTON, as well.. but there’s so much quality out there to choose from.. tough question.. next ..

Zhivago, his first release out now called Knightrider, it’s a corker.. he’s certainly one to follow this year.. Also from last year, Eskimo Twins .. Tim and Nath are gathering massive momentum; releasing some fantastic sounds and remixes .. And generally good guys as well!

Who were your main musical influences when growing up?

Acid house (303 sounds) in general – music and attitude, maybe not the clothing

Don’t be there – Adam and The Ants

“you may not like us now but you will, you future will not stand still” is an all time favourite statement..

Italo Disco at its finest