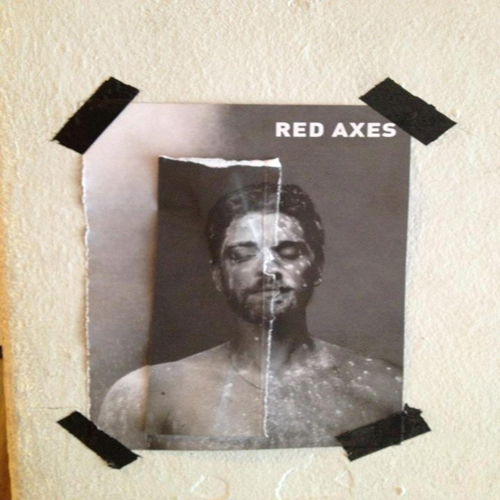 In my opinion Red Axes have been one of the best acts in the last year or so , I find their music so exciting and I would say that they were an act I wanted to promote once I had set up the Death By Repetition website.

Red Axes is a project created by producers and DJs Dori Sadovnik and Niv Arzi and they have released music on great labels such as Correspondant and I’m A Cliche.

They have agreed to do an interview for Death By Repetition and here it is:

Originally from the Tel Aviv suburbs but  living in Tel Aviv central in the past 7 years.

We had a band named Red Cotton , after the other guys left we changed it to AXES , it came out naturally since we like cutting woods and heads .

We have been hanging out together since we were kids . I can’t remember the first time we met , it was many years ago .Apparently it was a friends meeting at my home basement where Dori used to come and kick some ass in Ping-Pong .

How did you get into DJing, Producing , working with fantastic labels such as Throne of Blood , I’m A Cliche etc?

After we stopped playing with the band we started to explore and produce together and decided to send some demos to Cosmo Vitelli which he liked and since then we have been working together .

Next year , we are going to release a single from our LP soon , then the album ,all is coming out on I’m a Cliche off course ,  a remix for the Classic Gina X – No GDM for relish recordings , track for the correspondent 2 compilation , remix for Tim Paris and some other edits, remixes and surprises .

We have two gigs in France and visits to Eastern Europe with gigs in Georgia and Lithuania in the near future, additionally to our residency in Tel Aviv Bootleg club .

We use the Emc 505 //Juno, Casios, guitars and more Analog FX,machines and toys.

Usually we just play and the picture comes in time

Rhetoric band – Seder Yom(day order) (This is Tel Aviv for us , Yossi Elephant Rip with his fantastic Rhetoric band)

Sandy Nelson – Let There Be Drums

5 tracks that you currently play out ?

The disco pioneer Patrick Cowley , with this down tempo beauty .

Fantastic weapon from an edits master .

Great remix from Headman to the Unknown Cases , It’s part of the forthcoming relish EP with our Gina x remix

This one got some serious cool into cruel action!

There’s nothing like home so the bootleg is THE place for us , we feel that this club gives us the chance to go where ever we want and host however we like to.

We are really looking forward for our gig at the I’m A Cliche party at La Java Club, Paris , last time we played there was our first gig in France and it was great fun !

Another place we really enjoyed to play in the past year was the Resek(Tel Aviv) , it has the perfect energy , really pure and without definition.

This is some of my favourite Red Axes stuff to check out as well :