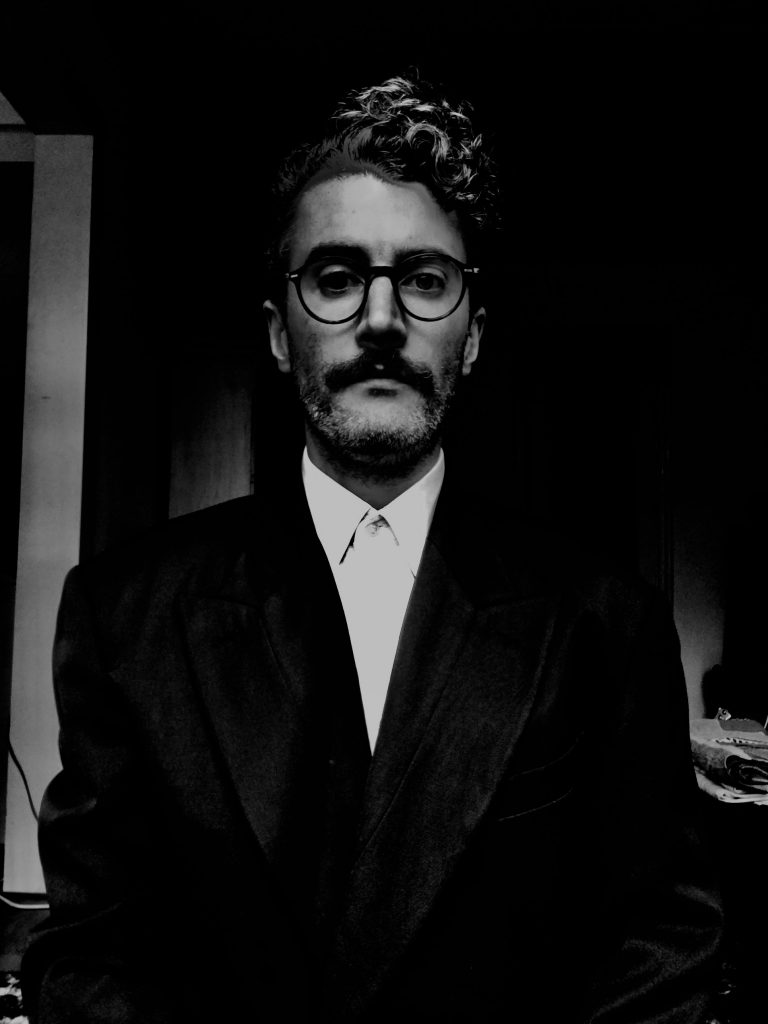 Anyone who follows this website will know all about Timothy Clerkin!

He’s been one of our go to guys for banging tunes ever since we started through his work with Eskimo Twins , Heretic and now under his solo guise Timothy Clerkin!

We have his latest remix for Sprechen as a PREMIERE and we thought it would be a good time to catch up with him:

You are living in Amsterdam now what prompted you to move there?

A few things really; I’d been in London for 9 years and, although I love it, it does tend to grind one down! Rent is even more ridiculous than it was and the impact of austerity is felt all over the city.

I’ve always wanted to live in Europe at some point, so the omni-shambles that is Brexit gave me the kick up the arse I needed to go and do it really.

Amsterdam has always been one of my favourite places to visit and the Dutch politics and general way of life are, on the whole, much more in-line with my own.

It’s a fairly socialist country with high taxes, proper public services, a functioning safety net for people who may fall through the cracks of society.

You can really see it too, the disparity between rich and poor here is nowhere near as noticeable. I was just in a shop this morning talking to a young Dutch chap who’d just been over to London and Leeds and he said he couldn’t believe that such deprived areas existed in the UK!

Not Leeds in general by the way, just pockets – I went to uni there and I bloody love Leeds!

But it’s a damning example of how some areas of the UK have just been ignored by successive governments.

Plus, for a city with one tenth the population of London, Amsterdam has got a ridiculous amount of culture, and obviously it’s a pretty ‘techno’ city, so there’s plenty to get involved in.

You have your own label now can you talk a bit about this as well?

Yes, we’ve been putting Insult To Injury records out for over a year now, I think #ITI008 is just coming up next month.

It’s basically a sub-label to Ransom Note Records, who I release with a lot, so there’s some crossover, but I think I tend to put out slightly harder records than they ever would haha.

In fact, that’s definitely true because they knocked back one of mine for being too hard and I’m putting it out on ITI anyway!

That’ll be next year as our first 12″ release and we have a super special remixer lined up on that record… Before that though there’s an EP from Shun in October, including a magnificent Younger Than Me remix, then in December we’ve got a cassette EP from Yuan, which also has a rather special remixer onboard.

Next year, I’m doing an EP, then we also have a Various Artists compilation full of sonic delights and a ‘best of’ the ITI remixes 12″. So, lots coming out between now and next summer!

You are playing live a lot more can you talk a little bit about your live setup?

Yep, I love DJ’ing but I’m from more of a live band background, so it makes sense for me to pursue the live show a bit more these days, I find slightly more fulfilling.

I basically use 5 synthesisers, a drum machine, mixer and FX loop; nothing too fancy as I want to keep it portable, reliable and if I had more than 5 synths on the go, I’d have trouble keeping on top of it all!

Oh and I’m running all the midi and a couple of samples off my laptop via Ableton at the moment.

I am just adding some more bits to it right now actually, some home made things that will certainly give it more of an industrial edge!

As you are remixing the Night Giants release can you tell us how you go about approaching a remix?

There’s no set way, man, it really depends what’s in the stems and what you get inspired by.

I remember really liking the string sound of the stems they sent, so then sent me down a sort of acidy road, and it didn’t take long to complete it.

I loved the strings so much I did a much, much slower alternative version of it too, maybe that’ll see the light of day next month!

Can you tell us about any releases you have coming out?

Sure, my next full EP is on Throne Of Blood, due on 4th October, with an amazing Italo Max Pask remix – I’ve been a fan of that label for so many years, it’s really nice to be working on a release for them.

Then I’m doing an EP an my label, Insult To Injury in January or February. I’ll also have another record out on Ransom Note Records at some point next year and I’m just speaking to a few other labels about release too, will be able to announce them soon hopefully!

On the remix front, I’ve got various ones coming up for Andy Bell’s GLOK project on Bytes, Graintable on R$N, Body Copy on his label, Inner Axes on his own label too and one for Alvee on Rumba Bisnes.

Blimey, so many! Corsica Studios in London will always be a favourite, but The Waiting Room and XOYO are brilliant too.

Griessmuehle in Berlin the other week was fantastic, though Renate is always great too!

I mean, I love playing anywhere to be honest, some clubs and festivals have their off days & nights, but if there’s enough people and a decent soundsystem, then I’m happy as Larry wherever you put me really!

As well as Sprechen what are some of your other favourite labels that are about just now?

I am obligated to mention Ransom Note Records. They are not total wankers, despite what you may have heard to the contrary 😉 Jac The Disco sent me his amazing new EP on his label the other day, he didn’t mention what it was called though!

Do go check that, however, it’s great. Omnidisc continue to kill it, as do Hard Fist, Karakter and Sinchi Collective.

Give us 3 of your current favourite tunes ?

This is a fucking obvious one but screw it, I’ve been playing it out non-stop: Forever Ravers by ANNA & KITTIN. It’s undeniable 😉

Ah, I have to mention Manfredas’ remix of Franz Matthews & Local Suicide

AND the Savage Gary remix of Warmduscher! That’s five. Sue me 😉