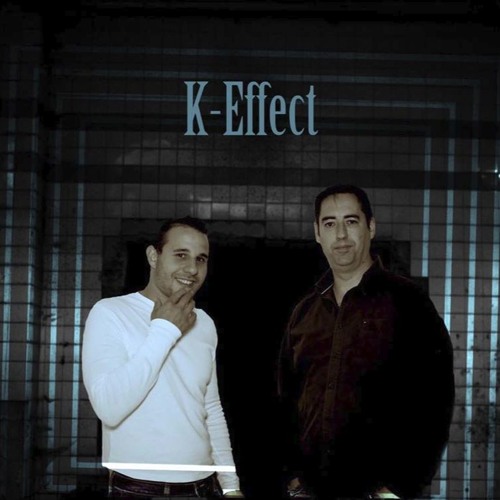 So part 2 of our birthday celebrations comes from K-Effect!

You may remember our guest mix last year from Kotemusik well he is also part of K-effect and they have recorded a new mix for us which is full of trippy bangers!

Here is their Bio:

K-Effect Is a society of two Djs and producers from Toledo in Spain, composed by David Martín (KOTEMUSIK) & Diego Gomez (Dr.K)…
He is one of the few that has accomplished to have his own and particular sound, forged by hard work and a lot of effort at the studio, knowing what he wants and showing that at each one of his sessions and tracks. Full of charism, passion, and quality, he is able to surprise the most demanding ears of the actual musical scope.

If there are any pioneers in Toledo, K-Effect is, without any doubt, one of them. Working in looking for deeping, new wave and slow sounds with lot of energy , fresh and cool sounds which has led them since they began as K-Effect, a year ago, to publish, remixing and mastering on labels such as Logical Rec, Tici Taci, Emerald & Doreen, Regith Rec, ESTHETIQUE or Nein Rec, shared EP and with artists like Freudenthal, Long Champs, Otheo, Nozz (Demon Jee), Volta Cab, Ujin Ray, Los Fugazzi,Ands Mega (FLXXX), Mr.Bc, Wolfstream, Correspondent, Diskontrol, Horreur, Javier Busto among other artists consolidated in the current scene electronics and have projects in common with producers like Cannibal Ink, Curses,Tronik Youth or Tkuz, to name some of them …