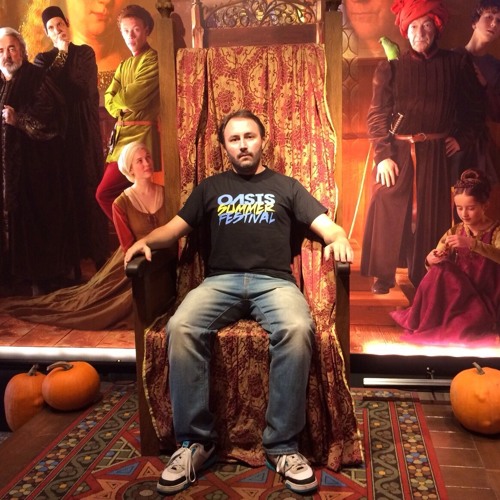 Born in Badajoz but it was in Toledo where he had crush on electronic music.

Listening to ATTICA, OMEN or OVERDRIVE sessions, when he was 17, also meeting DJ Kote who gave away 2 Technincs 1200 and a mixer it introduces his in the electrónica music culture.

He managed to play the live sessions soon at Family Club with Miguel Álvarez, he also played with Tony&Miguel. He shared sets as Light Jockey and played with great international DJs for two years.

Therefore he played as DJ in several clubs in Toledo where he was a promoter for Chill Out Club too.

His addiction to the music makes he has browsed almost all music stores of Madrid, Barcelona and London, getting one of the best vinyl collection of Toledo.
He has played since 1999, more than 15 years of Pac Os X. Fresh musical sessions, dancing bits, underground style and groovy sounds… a great variety of music.
Currently, he is quite focused on underground sounds getting down between 100 and 115 BPM.