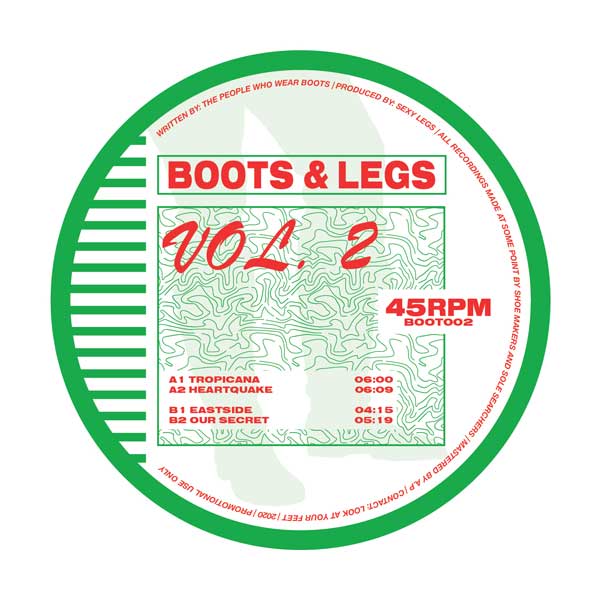 Our next PREMIERE is a lovely slice of Disco from the exciting new label BOOTS & LEGS!!

The track “Heartquake” is part of their vinyl only release which will be released early June.

This features 4 tracks from various artists (without revealing the names)doing edits of some 80s belters!

The whole EP is great and will be perfect for summer parties and wouldn’t be out of place on a Grand Theft Auto soundtrack!

The cobblers are back with a fresh collection of bespoke 80’s edits. This second installment dives foot-first into swirling synth-pop, muscular Italo chug, and dubbed-out rhythms.

The perfect soundtrack to Balearic sunsets and hazy late-night discos. Another limited vinyl-only release, get em quick before these boots have all danced off the shelves.

From somewhere between yesterday and tomorrow, the cobblers at Boots & Legs transmit a charismatic cavalcade of bespoke, artisanally crafted musical delights.

The label draws inspiration from 80’s Italo-disco and synth-pop, modernising these timeless sounds for the dancefloors of today. Joyous and propulsive with a flair for the romantic, these boots were made for dancing.
Written by the people who wear boots | Produced by sexy legs | All recordings made at some point by shoemakers and sole searchers |