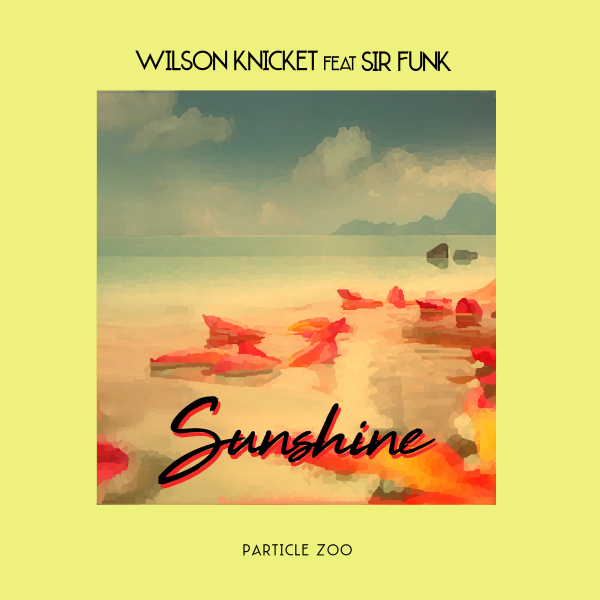 We have a new PREMIERE for you from WILSON KNICKIT!

Featuring vocals from Sir Funk the track is called “Sunshine” and it is certainly perfect for the lovely weather! A peak time Disco / House banger with a groovy bassline and a vocal sound that reminds me of Gus Gus and Planet Funk!

Joining forces with partner-in-partying Sir Funk on title track Sunshine, they invoke the hedonistic spirit of their epic DJ sets at the Craig Charles Funk and Soul Club.

It’s proper Disco-House with sizzling percussion, uptempo vibrations and both eyes on the dancefloor.

In The Mix marries a classic 90s House sample with more upbeat vibrations, while label boss Don Dayglow flips it on its head in favour of some bass-bn bothering basement rave Acid House.

A sweet and sophisticated closer, Fall For You rounds out the EP with slick, rubbery Nu-Disco power.