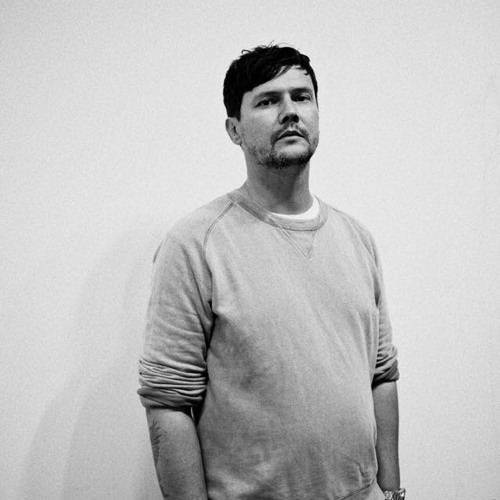 Delighted to present a Guest Mix and Interview from none other than Sean Johnston !!!

The music played at our first visits to A Love from Outer Space at the Berkely Suite and Caves struck a chord with us and was very instrumental in making us want to set up our website !

Also Love his productions as the Hardway Bros especially his remix of “Clock Chime” By Toy !!!

What inspired you to become a DJ?

I can’t say that I was inspired to become a DJ – I was a music fan and a collector first. I found it hard to contain my enthusiasm and wanted to share my finds with anybody who was up for listening, it was a time before being a DJ was a thing to be inspired by. The craft came later.

Where’s the weirdest gig you have played?

A marble bathrooms showroom in Bucharest with Logan of HaulesBaules.

What’s the idea of your perfect gig?

A basement and a red light.

Are there any festival you haven’t played at but would love to and why?

I like to play at a festival as much as the next man but when they put DJ’s on a stage and it becomes a spectacle, something is lost. I prefer the gigs when you are down on the floor with the crowd.

What gigs are you most looking forward to playing at?

Just looking forward to the next one

What song do you play to get people on the dancefloor?

Favourite synth that you have ?

Will we be hearing much from the Hardway Bros this year? We both love listening to your mixes especially the music for marina one.

Do you have any specific routine for recording music and is there times you just like to jam and see what happens, or are you quite meticulous?

I’ve learned to be very focused as my time to work on music is limited. I like to jam the musical ideas first, work on sound design and balance and then arrange and mix.

Tell us a little bit about yourself how did you first get into Djing and producing?

I’ve always been fascinated by sound – it started with tape recorder experiments, then the music collecting and DJ’ing and the production was the next step. I was lucky that I had two friends who were both professional engineers so I was able to learn a lot.

Name a tune that you would consider a classic but is not that well known?

How did you end up working with Andrew Weatherall?

Who’s the Hardway Bros and how did this come about?

The Hardway Bros are me, myself and I. It was once Jake Davies and myself but sadly he is M.I.A. WE were christened by a Craps Dealer in Las Vegas.

Have seen you a few times at Berkley Suite and Caves and they have always been awesome what other venues do you enjoy playing?

What was the first track you released on a label?

I worked with a band called Latitude who were the first release on Nude Records, the track was called Es La Rosa.

Describe playing in Glasgow. Do you find anything unique about Scottish crowds?

Playing in Glasgow – intense. The crowd – tough to please but once you crack it, loyal to the end. Sweaty.

Do you get a chance to check out other DJs / Producers? If so who do currently like ?

Future plans for this year?

To do better work

Name 3 of your favourite tunes of the year so far

Vox Low – Something Is Wrong