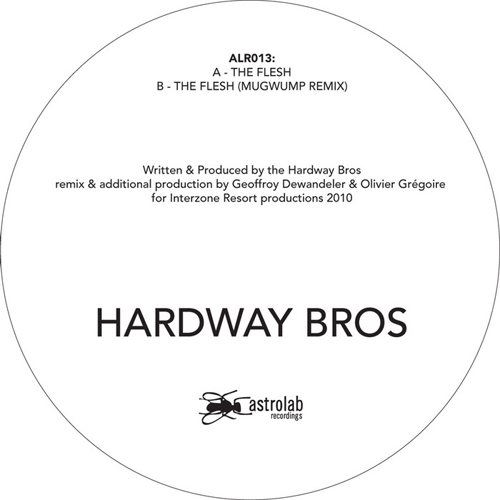 I have said it on this blog before but I LOVE Hardway Bro’s !Just purchased this new single which is called The Flesh and its a proper Housey banger ! Always feel that they have elements of 90s house in their tracks and it sort of reminds me of really old tracks by artists such as John Digweed and Carl Craig , but at the same time sounding very fresh and modern!

Love the Phaser/Flanger whooshes in the background and the vocal that floats over the top of the track is delightful , would love to hear this in a club especially somewhere like the Subclub or Fabric !

The track is part of an E.P which is released through Astrolab and there is a remix by Mugwump which is pretty good as well you can purchase the track here:

As the track has just been released there is no Youtube or Soundcloud so I uploaded it for everyone to enjoy!